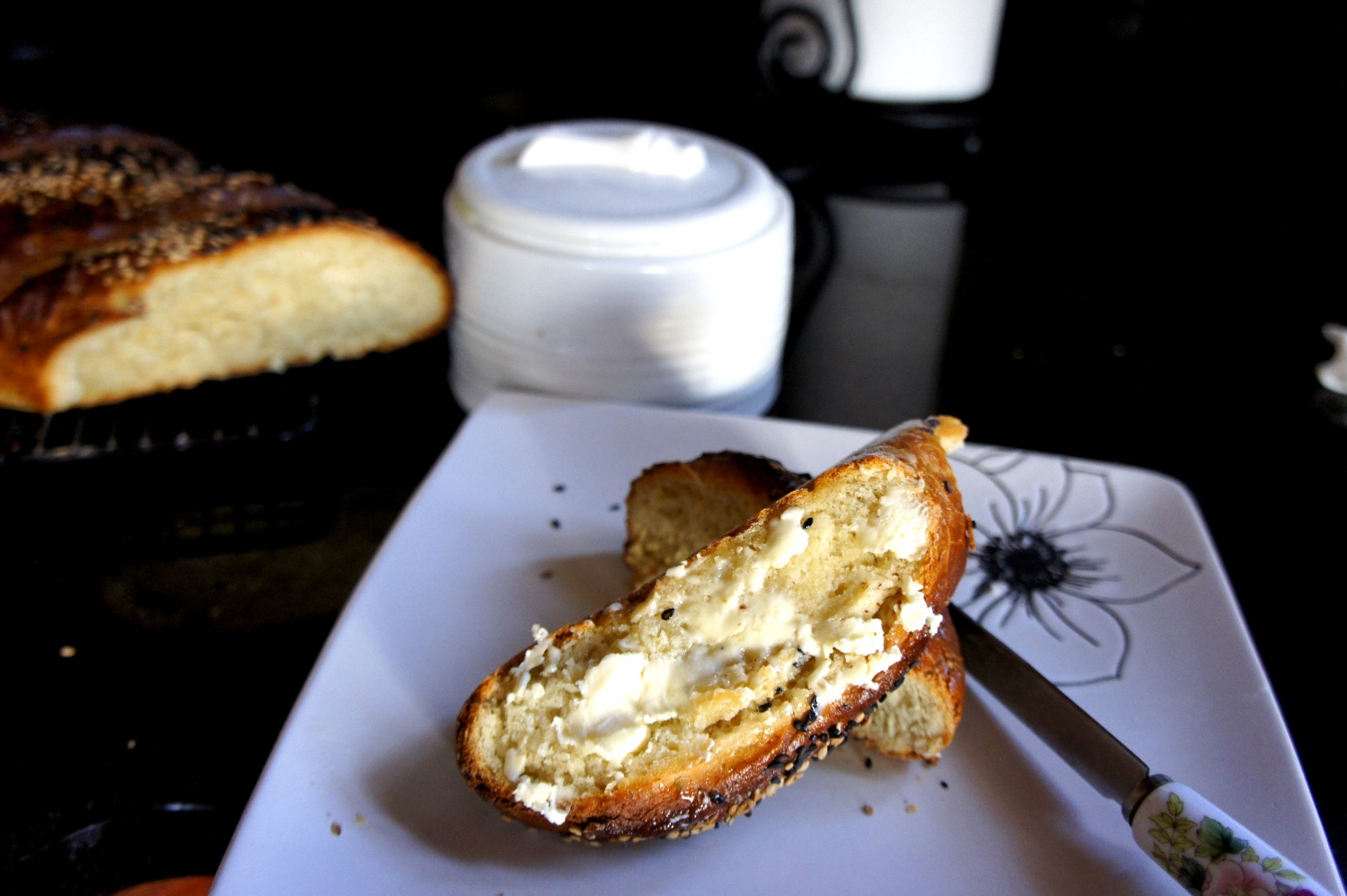 The days are getting colder.  This Sunday no one felt like changing out of their PJ’s or getting out from under the covers at all. Last week while visiting Vermont we had picked up some great cheeses, blueberry jam and most importantly  cream. From our local farms we had also purchased watercress, onions and potatoes.  We always have yeast and all-purpose flour. So luckily, staying in wasn’t a problem as we have enough ingredients to make some comfort food at home.

Making your own butter is quick, easy and the taste is delicious. I simply poured the Vermont cream into a food processor and allowed it to run until the cream separated into solids and whey. I’ve drained the solids further by pressing down with a spatula, this resulted in a few cups of whey and a whole jar of fresh butter. 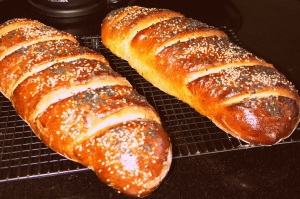 I warmed up about 2 cups of whey and added about 1 tablespoon of freshly made butter to it. After the butter melted I added about 2 tablespoons of honey, 4 teaspoons of yeast and a bit of salt together. To this mixture I added about 5 cups of flour. Mix the flour into the liquids. I had to add some warm water as my dough was a bit dry. After about 10 minutes of kneading I covered the dough and left it to rise. About an hour and half later I was able to shape my dough into two loaves. Heating the oven to 425F the bread was ready after baking for about 30 minutes. Prior to putting the bread in the oven I brushed the loaves with some beaten egg and sprinkled with sesame seeds, i happen to have black sesame seeds and roasted white sesame seeds. 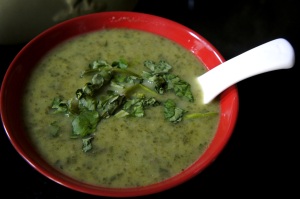 I diced up one onion and about two potatoes. In the Dutch oven I melted some freshly made butter and sauteed the onions and potatoes for a bit. I poured the remaining whey into the pot. I had also had some leftover chicken stock that I added. After bringing the soup to the boil I reduced the heat to let the vegetables cook further and soften up. I washed and cut up watercress and added to the pot, leaving some fresh watercress on a side for later. After a few minutes take soup off the heat and puree using a hand mixer. Add some cream and give it another mix. Pour in a bowl topped with fresh watercress.

This is turning into one whey lazy Sunday, eating by the fireplace with TV blasting reruns of Wizards of Waverly Place, I love this show just as much as my kids, we are still in our PJ’s under the covers.